Lessons From Other Professions – When You’re The Client (Part 2) 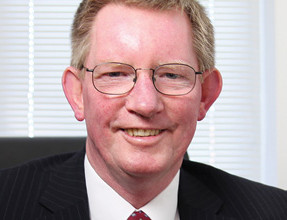 In Part 2 of our Lessons From Other Professions piece, Francis Klonowski gets a bit nervous about the anaesthetic as he gets closer to his knee replacement operation. It’s a fantastic lesson in how to be empathetic, whilst retaining control of the process, and not letting your client run the show (when clearly they’re not qualified to do so).

During the Assessment the physiotherapist had told me about the epidural/sedation method, often used nowadays as an alternative to full anaesthetic. In other words, you stay awake throughout the operation. I remember my reply “No, no, no!”.  For someone as squeamish as me, the very thought was impossible and I was adamant that I would accept nothing less than full anaesthetic.

That was until the anaesthetist came to my room before the operation, and after ten minutes I found myself saying “OK. You’re the professionals – I’m going to leave myself in your hands”. This brief meeting had been an abject lesson for me in how to deal with clients. So what had happened to change my mind?

First, there was his opening sentence – something like, “Right, I’m going to explain how we do things here”. Second, his clear explanation of the process helped me to feel more relaxed about it. Thirdly, he came across as a true professional; able to not just explain the process, but to convince me that I would feel much better afterwards.

He ended with something very profound. Yes, I could have full anaesthetic if I preferred, “but the more you try to influence the procedure, the less control we have. This way we know it works well”.

Is this perhaps how we should deal with clients : this is how we do it, this is how much better you will be? And the more they try to influence the process, the less control we have over making it work.

He was right, by the way: within an hour of leaving the theatre I was propped up in bed, pain-free, listening to football commentary on the radio. But I do remember quite a lot from the operation itself, especially hearing the surgeon at the end saying “One hour 16”. Even through my sedation I half-expected him to add “That’s a new personal best!”.

From the outset it was emphasised that if this procedure was to have a successful outcome I would have to do all the things asked of me during the weeks immediately following. I’d heard from others that it is important to “keep up with the exercises”, but that does not tell the full story. The physiotherapy visits are not to actually do the exercises. Their purpose is to:

a) monitor progress
b) set objectives and targets
c) determine a new programme of exercises.

The rest of it was down to me, and after a while I found I was almost paranoid about keeping to the programme so I would “pass the test” on my next visit.

I’m not saying we should make clients paranoid, but perhaps we need to make it clear that, if the financial plan is to work, they must be involved in the process.

After telling the GP of my decision to have the operation I had to get new x-rays. For some reason they were not sent to the consultant, so he had to arrange a new one at my first visit. Probably just as well. When I later saw the x-ray report I was horrified to find they had got my knees mixed up, describing the right one as “severe” instead of the left. The report was also badly written.

When I queried it I was told it was done with voice recognition software. Perhaps this is another lesson for those who are over-reliant on technology and automation? You still need to read documents before sending them!

The 6-week follow-up with the consultant was brief, but no less insightful than what had gone before:

Simple – and what a great idea for an interim client meeting after implementing their financial plan.

Before leaving he gave me an appointment for a 12-month review in December. I know one leading financial planner who would appreciate that.

Oh yes, thanks for asking – the new knee is progressing well.

Some time after my operation I heard the shocking news that my surgeon Mr Stuart Calder was one of three people drowned in a surfing tragedy in Newquay. I was due to meet him shortly afterwards for my 12-month follow-up: now I will never have the chance to thank him in person.

Thank you Francis. A great piece and some great lessons here.

If you’ve had a customer service experience that can provide us with some lessons from other professions, please feel free to send it in. I’d love to share it with our audience.

“It needs to be clear that if a financial plan is to work the client must be involved in the process.”