Michael Kitces is a Partner and the Director of Research for Pinnacle Advisory Group, co-founder of the XY Planning Network, and publisher of the financial planning industry blog Nerd’s Eye View. We were both part of the speaking line up at a Nucleus Wrap event earlier this year and he was such a nice guy that I thought I’d ask him to share his views with us via the 10 Questions For… series.

I’ve followed Michael’s blogs and tweets for quite a while now and always enjoy his perspective on the forces of change impacting on our profession. I know my friend Tim Hale at Albion Strategic is also a big fan. I hope this week’s blog will be insightful both for fans of, and newcomers to, Michael and his work.

Over to Michael to answer our 10 Questions: 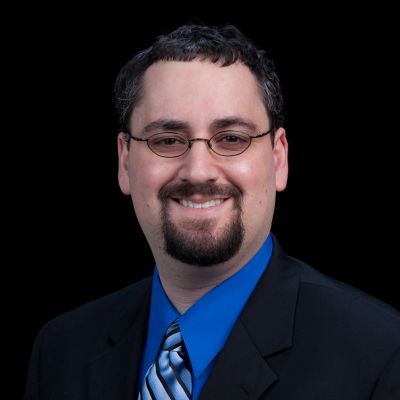 Q1. What’s the best piece of business advice you’ve ever been given?

Spend as much time as you can on your highest and best use (in the business), and figure out how to delegate everything else.

Internalizing this advice and really doing it was hard. Learning to delegate has been a long-standing challenge for me – I finally conquered it (in part) by using video screen capture tools as a ‘trick’ to do it. But without a doubt, the more I figure out how to delegate so I can focus on what I do best, the more my business grows.

Q2. Who is your business role model?

As my business has grown and changed, so too have my business role models. Early on in my career I looked to industry advisor luminary Harold Evensky as my role model. As I grew towards doing more writing, my role model was industry commentator Bob Veres.

In recent years, my business has evolved to the point where my best inspiration and role models come from outside of our industry. These days, I look to those like Michael Hyatt, Brian Clark, and Ramit Sethi, who have built a ‘personal platform’ and leveraged it into an effective business.

Q3. Have any other adviser/owners ever helped you with advice or support? (Who? What did they help you with?)

I’ve had a number of mentors over the years. An advisor named David Greenleaf first opened my eyes to the possibility of a world of personal financial planning beyond simply the sale of financial services products. The founding partners of my current firm (Pinnacle Advisory Group) have done much to help shape my path, and provided me an opportunity to launch my writing and speaking career even while staying with the firm. This was a generous opportunity that they didn’t have to offer, but I’m very thankful they did.

Perhaps most defining for me was the support of Bob Veres, who not only nudged and encouraged me to launch my own site (which was ultimately transformative for my entire career), but also gave me the resources of his web developer to help get started. He also gave me a generous introduction to his newsletter readers that launched my own service with enough readership to survive the transition. Without his support, I wouldn’t be here doing what I’m doing today.

Q4. Have you ever given up your time to help another adviser coming through?

Indeed, I’ve long been an advocate of giving back to the profession. I would even go so far as to say that spanning my career, the more I’ve given back, the more successful I’ve become along the way.

For me, this has been everything from 10+ years of volunteerism and numerous leadership positions with membership groups like the Financial Planning Association, co-founding the NexGen community for young financial planners, and a huge number of fellow advisors I’ve spoken to, written to, and spent time with over the years (easily numbering a few hundred now).

In today’s environment, I view my entire blog platform Nerd’s Eye View as an opportunity to continue to help other advisors. Virtually every article I write is a direct or indirect response to the questions that advisors ask me, which I publish online to allow even more people to be helped (than I could in just a one-to-one conversation).

Q5. What was your most expensive or painful business mistake?

The worst business mistake I ever made was being waaay too slow to fire a staff member who wasn’t performing well. We had a history of working together for several years, so I wanted to give him every chance to succeed despite his troubles. In the end, I allowed him to continue to fail for far too long, to our mutual detriment.

In retrospect, I think I was slow to let him go in part because I was afraid of the time/work/effort it would take to find and hire his replacement. Eventually I had no choice, but I ended up quickly finding someone who performed FAR better, and realized just how much being slow to act had damaged my business growth.

Q6. Which person or business do you most admire in the profession?

Oy, I truly have difficulty just picking one. I feel like there are so many people I’ve drawn inspiration from over the years, as new people contribute and have impact, and I look at what they do and see what I can draw/learn from it. These days I’m especially fascinated with the process of building a big and successful advisory business, so I spend a lot of time looking at those who are successful in building and leading independent advisory firms, like Ric Edelman of Edelman Financial Services, or Joe Duran of United Capital.

Q7. What do you love about Financial Planning?

At the most basic level, I love financial planning for its potential to have such a significant positive impact on the long-term lives and paths of our clients. To me, money is not the ends, but a means that helps facilitate our ability to live better lives.

More generally, I’m also fascinated with financial planning in today’s environment, because I think we are witnessing and living through the birth of a bona fide profession, as the industry transitions from its product-based roots to its advice-based future. Real helping professions are only born but once every generation or few, and it’s amazing to me that I get to be part of the creation of this one.

Q8. If you could have your business career over again, what would you do differently?

Honestly, there’s very little I would do differently, in retrospect. While there are some early jobs I had that I didn’t love and am happy to have moved on from, they were still powerful learning experiences that I wouldn’t give up, even if I could.

Ultimately I think the biggest change I’d make if I could do it all over again is simply that I would have been quicker to grow my business by hiring, and been faster at firing team members who aren’t a great fit anymore and/or just aren’t getting it done. The only thing that I feel has really inhibited my growth has been my too-slow evolution into learning to rely upon, and leverage the talents of, a team beyond just myself.

Q9. Were you ever under severe financial pressure as you grew? If so, describe briefly what you did about it / how did you get out of it?

Fortunately I have not, but only because I’ve been deliberate in my strategy of growth to avoid being put in that position.

Throughout the early years of my career, I lived on *far* less than I was making – for a period of time, I was making over $100,000 per year and still living in an apartment with two friends paying less than $500 per month, driving a cheap 7-year-old, used car that I paid for in cash.

So when growth opportunities came that required me to reinvest – to take one step back in order to take two steps forward – it was never a severe financial pressure for me, because I was so cautious to keep my living expenses low. By my second year out of college, I was living on less than 50% of what I was making, and I’ve maintained that ratio (or an even more favorable one) throughout, giving me the flexibility to take the growth steps when the time was right.

To me, it’s all about avoiding what I call ‘lifestyle creep’ – where your cost of living creeps higher over time, and makes it hard to take those occasionally necessary steps backwards to keep growing in the long run. If your lifestyle has gone up, it’s SO hard to give things up and go backwards; but if you never add something to your lifestyle along the way, you never miss it. That way you’re ready to step up (or step back) for the opportunities when they come.

Q10. What’s the secret to happiness in life?

I don’t know if I’ve got that entirely figured out, but being the nerd that I am I do enjoy reading well-researched books on the subject. If you believe the latest research on happiness (and its relationship to money), happiness is achieved by having meaningful social relationships, being able to have an impact on the world and leave a legacy, taking care of your health and family, and using money as a means to help make all of those things happen. I’m doing the best I can. 0 comments to " 10 Questions For… Michael Kitces "